What Song Is It You Want To Hear? ALL OF THEM! 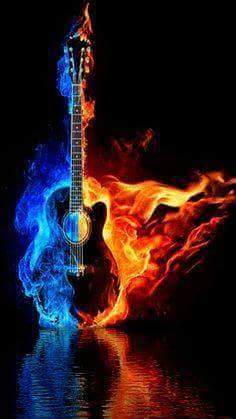 When I was in the sixth grade, we were studying William Shakespeare. For one of the assignments, we were supposed to write, in Old English calligraphy, our favorite quote from him. My choice was one about music-- If music be the food of love play on.  The quote is from Shakespeare's Twelve Night which, at the time, I had not read.  Many years passed since then, but I still remember the assignment vividly and I also remember I chose the quote because it was the closest quote I could get to what I honestly felt -- music is the food of life.  In the four-plus decades since that philosophy has stayed with me.

There is a soundtrack continually playing in the back of my mind accenting my life on a daily basis. As a result of my strong feelings about music, in my novels often include references to songs which go along with specific scenes because I can actually hear the music playing as I write them. This blog started with me creating a list of the 50 Greatest Motorcycle Riding Tunes and continued as I started attending and writing about live concerts in 2016 during My Summer of Live Rock & Roll. 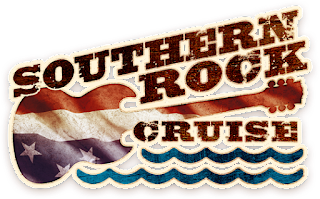 I am about to head off on my life's most significant musical adventure to date: The Southern Rock Cruise 2018.  In preparation, I have been talking about music online in our group forum a great deal. A lot of what I'm posting is wry commentary along with funny pictures and videos I put together. I was unaware of how much my actual love for music was coming through until I received this from Rick Willis, lead and rhythm guitar with the Marshall Tucker Band --

"I’m not sure if we’ve ever met, but I’ve seen a lot of your posts. I love your enthusiasm and insight about music. I can only surmise that you are, at the very least, a closet musician because this post describes exactly how we feel when we’re on stage. Thanks for your support & love of music."

I have talked before about playing guitar and such,  even performing before an audience  -- but my love for music runs deeper.  The post he refers to talks about one I wrote about how it feels to be in the middle of the crowd during a concert, and looking around at the other people and realizing you’re sharing a universal joy and fulfillment with everyone there to include the band.  It is indeed the greatest high in life.  The first time I really felt and thrived in it was at a Bob Seger concert in 2011.

I love all genres of music, to include a lot of world music I have been exposed to due to my travels and even Hip-Hop.  But my favorite type of music Southern Rock.

Many people will give you different definitions of what Southern Rock is -- to me it is a blending of Rock & Roll, Country, with the Blues sprinkled all over the top.  I feel its contribution to rock music has been largely ignored by elitist rock critics who choose to ignore its significant influence on everything that came after it.

When my tastes in music started to gel in the mid-to-late 70s, there were several bands which came to the forefront immediately – – the Allman Brothers, Lynyrd Skynyrd, the Marshall Tucker Band, Wet Willy, ZZ Top, and 38 Special.  More bands came in and out during those years --  all contributed to my love for the genre. The sound of heavy guitars, a slight southern twang in the singing, and lyrics talking about things with which I could identify. Those words are ageless and always provide new insight and interpretation -- the lyrics of Simple Man have an entirely different meaning to me now than when I was 17.  Overall, every song released during those years, by any of these bands has a special meaning to me and one I hold dear.

Southern Rock healed and supported me through a turbulent adolescence.  MTB’s Searchin’ for a Rainbow was in the running for the class song my senior year, and when leaned the guitar riff for Fire on the Mountain I was so proud (BTW my current ringtone). Keep On Smilin’ by Wet Willie got me through a few bad breakups.  The Allman Brother’s Whipping Post – a way to express the angst most feel in their teen years. I survived and thrived because of the music.

I can't remember a single high school dance where a live cover band performed, they did not end with Free Bird.  Frankly, the song is the worst choice for dancing. Think about it, your date is close against you, you're holding them -- perhaps stealing a kiss because the dance is almost over and then suddenly the song gets much faster you break apart to dance the fast parts -- but then have to stop because the song accelerates towards the end. Lousy for dancing, but -- damn -- the memories. 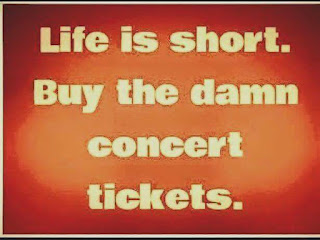 No matter where I went in the world, I took the music with me. First on a bad portable cassette player with C cell batteries, then a Walkman, which gave way to a Sony Discman and eventually an iPod.  Today my iPod has playlists labeled things like Southern Rock, Class of 77, Riding Musik, and now Southern Rock Cruise.

Southern Rock is not static, but continuing to evolve. Later in life, I discovered Elvin Bishop, Louisiana's Leroux, The Outlaws and more recently Preacher Stone, Blackberry Smoke,  and Black Stone Cherry.  Are these bands the end?  Hell no. I just heard about the Cowboy Poets and gave them a listen – – love their blues style.  There will always be more Southern Rock bands.
So, as I get ready to board the Brilliance of the Seas, and spend five days at sea listening to the Southern Rock I love -- I am so psyched and ready.