A Story of Two Pails 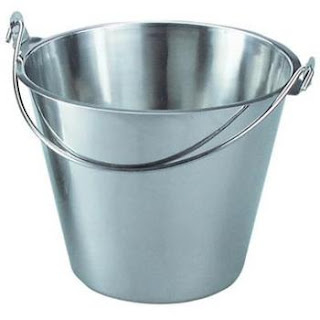 During my first week in Kuwait, I was talking with someone who had been here for over a decade.  He asked when I was scheduled to leave, which is as common a question here as being asked what your major is on a college campus, I told him I was on a one year tour and he nodded then said,

“The length of a tour here is gauged by the pail method.  When you arrive you get two empty pails, one is for the cash you will make and the other is for the bullshit you put up while you are here.  When either of the pails gets full, it is time to leave; you can’t really gauge that by a calendar.”

I have thought about those words from time to time during the 17 months I have been here.  I am not a newbie to the expat way of life having spent over half of my life outside of the United States.  I am used to the hardships and glitches that this way of life brings and most of my time was pre-internet so it was even more isolated and logistically difficult.

In the last few weeks the bullshit pail has started filling up very fast.  We all deal with frustrations in life when hit by rules or procedures that make no sense or that only seem to provide justification for the existence of those in charge of rule enforcement.  When goals become cloudy a bureaucracy will run amok and it will consume all within its reach as it feeds and grows.  Eventually it will devour itself.

In the end no matter what good you think you are doing matters you need to escape the constant frustration and return to normalcy.  At least the timing is good, as I only have a little over 100 days left on my tour and I was not really considering extending anyway.

I will say that none of frustrations I am talking about have anything to do with Kuwait or its people.