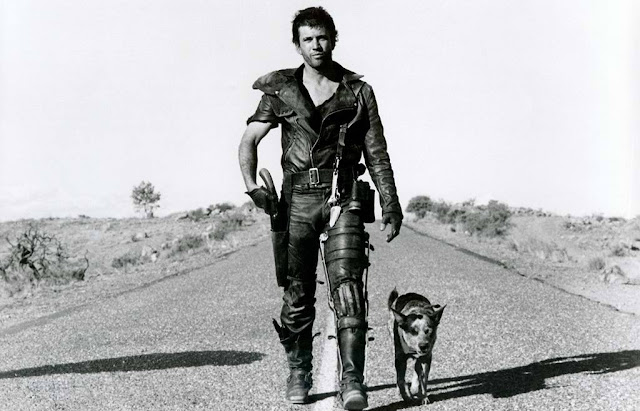 Ramadan and Eid are over and that boost of charity and goodwill has quickly faded away sort of like the Christmas spirit does after New Year's.  People have returned to work and have returned to Kuwait after their Eid celebrations elsewhere.  The roads that at one point were mostly deserted until early evening are packed with folks heading to and from work -- and the extra crowding coupled with the loss of good will has returned the highways in Kuwait to what is best described as Mad Max the Redux. 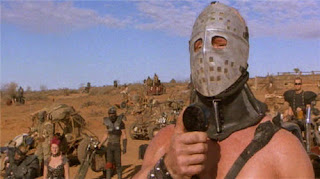 Mad Max in the simplest terms, is the story of people trying to get from one place to another to get the things they need regardless of what level of aggression that journey takes because they are more important than anyone else on their own journey.   Got it?  Perfect description of Highway 30 at 0630 or 1700 on work day. It is beyond your normal rush hours when you consider two things:

1.  The max speed anywhere in Kuwait is 120 KmH (72MPH) and there are speed cameras no more than about 5 Km apart on any given road.  By the way, those speed cameras don't just check your speed,  they read your license plate and then check the speed you were going from the time you passed by the last camera -- in other words you cannot cheat by speeding in between the cameras.  Next, they deport people for speeding -- at the moment are strictly enforcing all traffic laws with the ultimate penalty for a non-citizen being deportation. This results in a group of people driving with great caution but still not using turn signals or normal right of ways.

2.  Kuwait probably has the greatest number of cars capable of doing over 150MPH, per capita, in the world.  Add to that the financial ability to not worry about the cost of speeding tickets and the desire to show off your car's capabilities for speed and handling

Now, put all those folks on the road together.

The driving public is: half being overly cautious, a quarter being overly aggressive and maniacal, and the rest of us trying to get to work in one piece.

It is not unusual to see a Lamborghini weaving through traffic at high speed or to have a car come up behind you going twice your speed flashing his headlights for you to move over.  But you also get a souped up Impala who rides your butt while you are in the left lane, flashing his lights for you to move over when the middle lane is full -- how exactly are you supposed to do that?  Or worse, they pass you on the left, in the emergency lane covering you in rocks and gravel as they go by.


You would think once they go by you, all would be OK -- not so.  Some of more aggressive drivers feel the need to flex a bit -- so they pass and then slow down to below the speed limit to prompt you into a game of cat and mouse.  I have seen cars push into two lanes to prevent anyone from being able to get around them.  I also saw one guy pass another and then throw a water bottle out the window at the car they just passed.


Except for being rear-ended once, I have managed to drive here for over 1 year and half without a major accident -- I hope I can keep that up until I am out of here -- or maybe I can get me one of these... 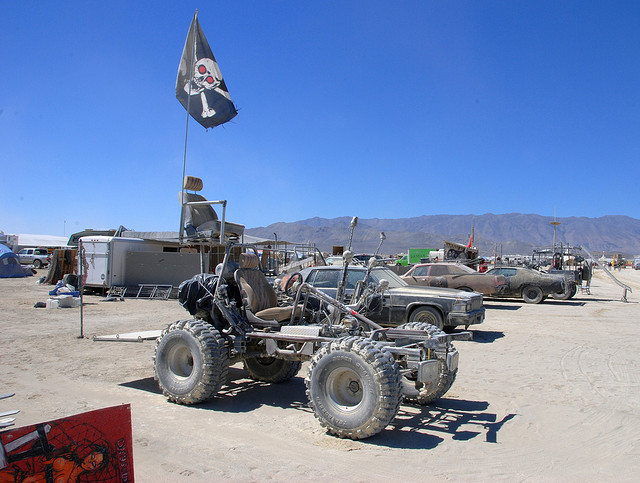