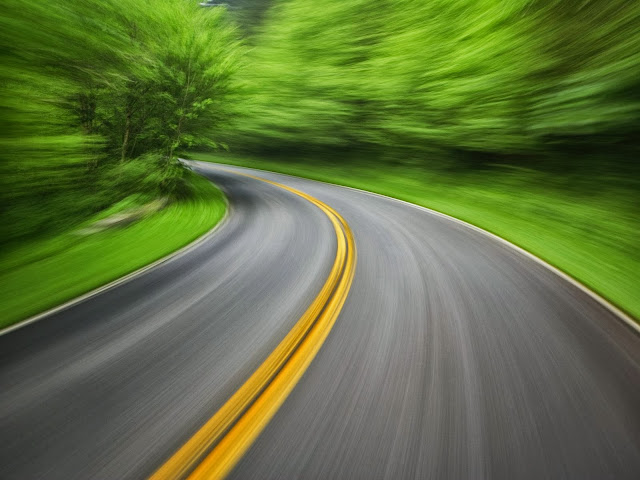 It is a long journey from Kuwait to the United States.  Aside from the actual hours spent in the air, there are very few direct flights, so most stop in Europe and require a plane change.  Therefore there is time spent at Heathrow, Frankfurt, or Amsterdam waiting on the next plane.  I don't mind this, as it breaks up what would be a longer period of time trapped sitting in a cramped seat with few options for a taste of physical freedom.  My R&R flight back to the States this time left me with a few hours at both Heathrow and O'Hare. 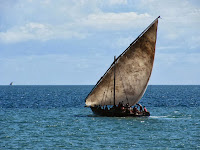 After I settle into my seat and have spent a few hours watching the movies are available, checking out the latest Sky Mall magazine, and enjoying a delicious in-flight meal; my mind will start to wander and reflect on the time I have left on this particular flight and the wonder of modern travel in general. 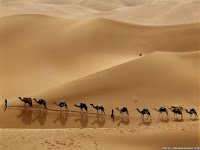 Prior to air transport, a trip from Kuwait to the U.S. might have taken up to a month or more.  It probably could have all been by sea, except for the fact that the Suez Canal had not been put in place yet so you're left with two options:  Go around the horn of Africa or; Make the journey with both sea and overland transportation.  Overland transportation out of Kuwait would have been dangerous as you would have to go through the desert and face not only the elements but also roving gangs of bandits who lay in wait.  A quick look around my seat confirmed that there were no obvious bandits that I might encounter, except Sky Mall
magazine.  However, the dangers did not and once you were clear of the bandits.

The journey from Europe to the U.S. across the Atlantic would be fraught with its own dangers including rough seas, icebergs, giant squid, manatees pretending to be mermaids, and (once you got close to the U.S. coastline) Caribbean Pirates -- Arrr!  Having survived that part of the journey, you would again be traveling over land at the speedy rate of 20 to 30 miles per day until you reach your final destination.

Of course, you would also have the constant threat of disease, lack of food and water, and of course the risk that whoever was traveling with you could decide that the pouch of gold you were carrying was worth the effort of robbing you in leaving you in the wilderness.  Not to mention the fact that no one during your entire journey would come by an offer to serve you would drink as you traveled.

My journey was a bit less adventurous, but I will make these comments. 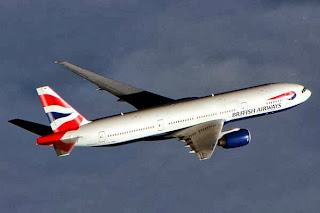 This was my first trip, while conscious, on British Air.  I made a prior trip from London to Kuwait but I was so exhausted when I got on the plane I immediately went to sleep and woke up only moments before landing.  At the beginning of the journey, before I fell asleep, I noticed that most of the folks around me were dressed in Western garb, including the lady sitting next to me. They were also enjoying Scotch and various other libations.  My exhaustion caught up with me I fell asleep and was jostled awake as the plane made its final approach into Kuwait City.  A quick look around the cabin revealed that I was now surrounded by people wearing dishadasha's and burqua's – the woman next to me was even wearing a veil.  For a moment I wondered if I had entered the Twilight Zone or maybe the plane crashed and I had ended up in the wrong Heaven.  I was awake for most of the flight this time.

A special note to British Air:  Christine, a veteran flight attendant with very pretty eyes, took good care of me and my seatmates.  She delivered a level of service that I have not seen since my very first flight back in the 70s.  An awesome lady, who was very good at her job and doing it with a smile. 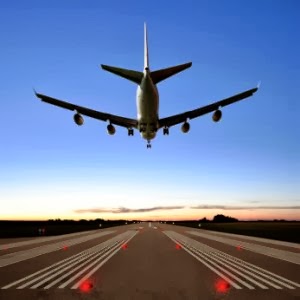 British Air had sent me an email prior to travel with gate information and the like.  A suggestion to all airlines: Great that you are doing that, but why not  include the menu choices for that flight (so I could eat at the airport before boarding if I did not like them) and choices for onboard movies and other entertainment (so I could plan ahead).  Be customer proactive.

Anyway, almost all of my flights were uneventful and pleasant- except for a delay leaving O'Hare.  This was due to a family having a disagreement that was so bad the pilot was having them removed from the flight -- but after waiting 30 minutes for the Gateway to be moved back to the plane the flight crew agreed to let them fly.  We then had to wait another 30 minutes for a take off slot.  Bad decision American Airlines -- those of us in the back of the plane were treated to the abusive verbal argument for the entire duration of the flight as well as the husband throwing bags in the terminal after arrival.

Final note on my journey:  If you are carrying a U.S. passport and are returning from international travel, I would advise you to go through O'Hare.  They have automated stands there are now that make processing back into country plus clearing customs effortless and scary fast.  Well done immigration folks. 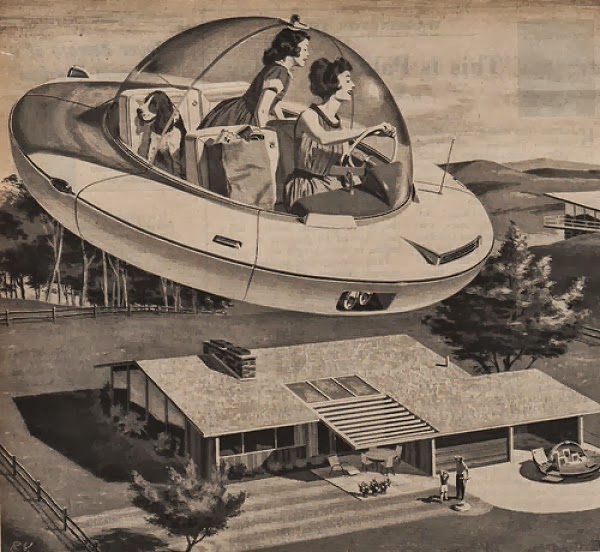