An Escape Into My Tiny Writer's Garret 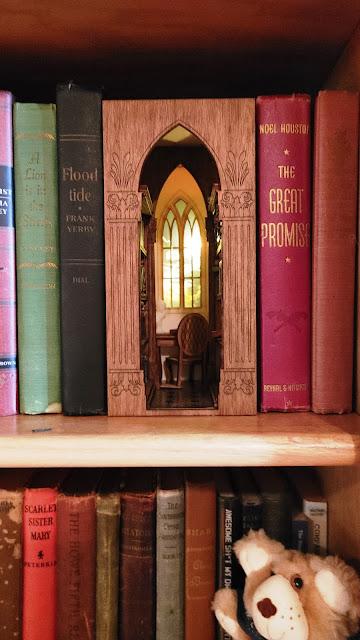 When I think about writing, I see it as a purely creative process. Because of that, it is something that can neither be rushed nor done on a specific schedule. I don't mean that the deadlines for editing and such, but the basic writing has to come when it comes. Usually, there comes a point in writing a story when my mind is filled with the characters and the action of my story. I refer to this as being in the zone, and once I'm there, I have a tendency to close out the outside world is much as possible and let those words flow as freely as their coming to me. Until then, I feel that I'm wandering about like a bumblebee, bumping into everything that might be in my way as I try to fly towards the flowers I am seeking. 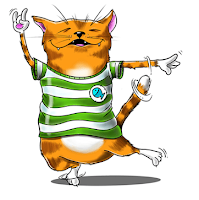 Thanks to Katrin, a wonderful lady that I've never met who lives in Hamburg, Germany I no longer bumble my way onto the path I need to be on, her creations allow me to concentrate on only a small part of the physical world in front of me. The first time I did this, back in January, the result was a small library that seemed turned the corner and go on forever when you peered into it.  It was the perfect project at the perfect time; allowing me to be creative and but also having guard rails to keep me from running off the path. As I built that library, I ventured into its hallway and explored the shelves, the ladder, and even the lights. It took me from here to there.

Recently, Katrin moved into a space beyond Etsy that gives her more freedom and control over what she markets. When I first looked through her new offerings, I was immediately drawn to one she called the Antique Office, which featured a large window at the end rather than an infinite hallway. At the end of the nook, sit a desk and chair where its occupant could peer through a large window at a large full moon.

After a few days of looking at the kit, I ordered it. It seemed to arrive much faster than the last package I had come from Germany, but it may have just been my imagination. Unlike my last kit, this one seemed to have less finished and more decisions to be made by me. I pieced it together several times, trying to observe it from different angles to come up with a painting scheme for an office that I might like to occupy myself. As I did this, the name shifted to Tiny Writer's Garret.

This time, rather than lining the books up on the shelves in neat rows, I made it more like my office and allowed the books to be in piles and even stacked on top of the bookcase. Katrin had suggested a few add-ons, so on the desk sits not only a quill and inkwell but also a bust. Another minor prop included of miniature mailed envelopes, which are appropriately scattered across the floor near the chair.

The moon is back-lit through the window, and its shine fills the office with fantasy beams of lunar magic. Unfortunately, the photo does not really do it justice as the camera does not adjust lighting as well as the human eye.

As with my last project, it is now ensconced in a bookshelf with lights that turn on automatically when someone enters the room, allowing them a brief glimpse before it goes dark and disappears into the stack of books.

My Tiny Writer's Garret served his purpose and cleared my mind of a lot of extraneous things so I could get to work on my latest work in progress. Now and then, I go down where that new project sits and allow myself to transport into it so I consider that desk and put words on a piece paper.