The new grandson did arrive on the 27th; a big baby at over 8 pounds and 21 inches long.  Both he and mom are doing fine.  Every time one of these birthing events happens I am reflective on the fact that there are now generations going into the future with which I am connected. It is not an ego thing as much as it is realizing that there is future far beyond me. In a way, it kind of makes one feel insignificant and immortal at the same time. 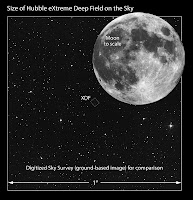 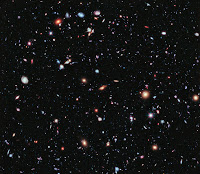 Another thing to make you feel insignificant is the latest photo from the Hubble Space Telescope; it took a total of 10 years to create and shows vast universes beyond our own. Among the things in this photo are the Andromeda galaxy, several black holes, and dwarf stars that are slowly fading out. To me seeing something like this affirms God rather than dismissing him. It also reminds me of where some of those grandchildren of mine may end up traveling to. Who knows, maybe I'll get to go with them. Hey, it could happen. 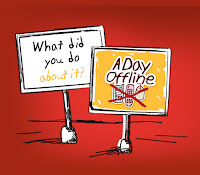 On the 29th here in Arabia, McDonald's sponsored A Day Offline, which was supposed to be a day without phones and technology.  McDonald's had games and the like for parents and kids here in Kuwait. For me the day was very different because I was at work and my job is technology. Not only that, I am living the paradox of what the day was about and at the same time because of that I was achieving what McDonalds' ultimate goal was. Without technology, I could not be in touch with any of my family or friends. On the 29th, I helped my son deal with some auto issues and talked with him about school.  My daughter and I exchanged emails. I got a call from another son and I answered an email from my father. All of which was done courtesy of technology – – which actually brought it all together rather than isolating it. 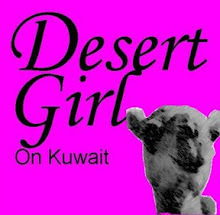 I read several of the local blogs here; to keep informed about what is going on in the area and to gain insight into the local culture. Recently, Desert Girl had an entry regarding the wedding she attended and I found the entire thing interesting, especially since I probably will never attend a Kuwaiti wedding. One of the things that surprised me most about the article was that over 450 women were in attendance -- she doesn't say how many men. That is a lot of people to wish one couple happy future, but maybe with that many people rooting for you, everything will go just fine.  Here is where you can read her full blog entry. (What is it about women bloggers and pink?) 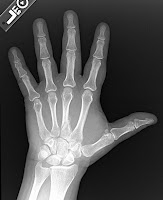 My hand is healing nicely, according to the orthopedic doctor I saw earlier this week.  He said I need to continue to wear my splint for another three weeks but other than that I should expect a full recovery and I should be able to do whatever it was I was able to do with my hands before this happened. Another plus point looking into the future.

Finally, I came across this picture from space that shows Kuwait City by night. Where I live is over on the right hand side – near the lower side near the coast.  Amazing view.  It was taken by NASA on August 12, 2012. 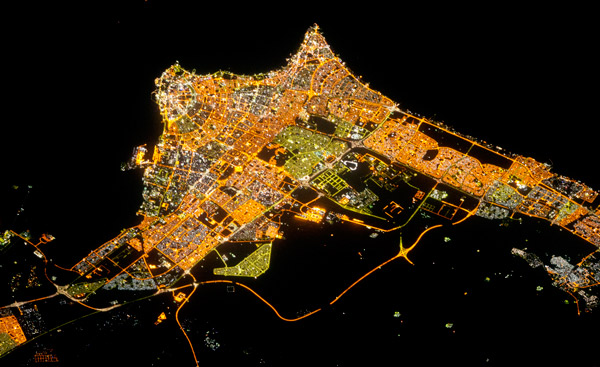