It Happened One Arabian Night 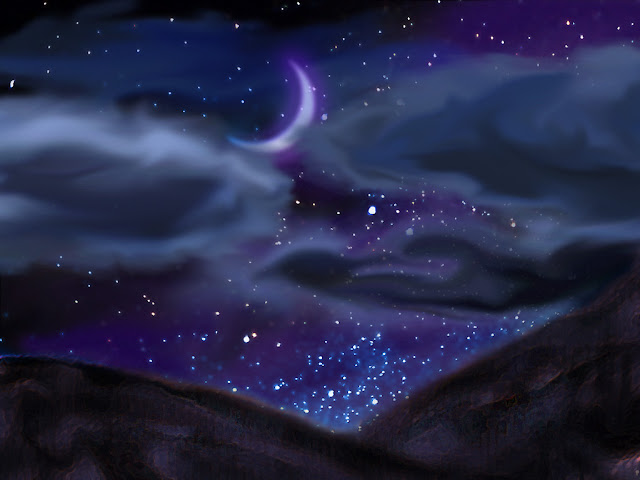 Just a few hours remained before I got on a plane to go back to the US for business and some well-deserved time off.  With my packing all done, I decided to jump in the shower and wash off some of the sweat of the day before I got on that long flight. I had just finished rinsing my hair when a motion caught my eye from around the corner of the shower curtain. I aligned myself so I could see without moving the curtain; from my vantage point I could see the figure of a man dressed in black and the glint of the curved scimitar in his left hand.

Thinking fast, I moved out of his sight line so he would not know I was aware of his presence. I would need to time my next move very carefully. While waiting on him to act, I had an eternity to mull over the facts of the situation. I had heard about clandestine  bad guys who were operating in the Arabian Peninsula but had yet to see one myself. Obviously, I was about to meet one firsthand. I could hear him inhale deeply and I saw the glint of the edge of the sharpened blade as he raised it above his head and prepared to strike. 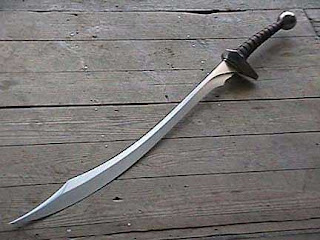 In a smooth motion, he turned the blade as he brought it down and slashed horizontally across the shower curtain -- hoping to take my head off. However, I timed my motion and ducked just as the blade started its path across the shower curtain. As I bent down, I reached for the water control knob, and turned down the cold while spinning the hot knob up to maximum. As the scimitar blade passed over my head, I began to rise back up and grabbed the shower head as I stood. I saw the look of shock in his black eyes only momentarily, as I redirected the scalding hot water directly into his face. He screamed as the scalding water hit him, his hands coming up to defend him from its onslaught which caused him to drop his sword.

Reaching down, I grabbed the section of shower curtain which had fallen into the tub and spinning it as a Matador would his cape, raised it above my head and then covered the upper part of my attacker’s body and knocked his shemagh off-kilter as well.  I then pushed him backwards, through the bathroom door and into the dressing room as I stepped out of the tub.  I then found myself airborne as I slipped on the wet tile and landed hard on my left hand, it emitted an audible crack on impact.

As I stood up, I realized my hand was fractured but I had an interloper to deal with at the moment.  I grabbed a towel so that I could cover myself and continue this battle; once the towel was securely around my waist, I reached down and picked up the scimitar.  As I raised it above my head, I walked into the dressing room to confront my attacker. The fight was far from over.

Fine. That is not what really happened. I was taking a shower, and lost my footing on the slippery tub and proceeded to fall both in and out of the tub. I landed on my left hand, actually the second knuckle of my middle finger with full force. I would find out later that I had fractured the bone of that finger all the way at the palm of my hand. This explanation may be the truth, but you have to admit the other story was far more interesting.

In my 52 years of life I've never broken a single bone until now, given that I have been in a few severe car wrecks, ride a motorcycle, and snow skied in the Alps -- to break my first one this way is a little embarrassing.  I didn't think I had broken a bone because after falling, I finished my shower, got dressed, went to the airport, and boarded a plane back to the United States. My finger was a swollen and little sore, but buying into the myth that if you could move it wasn't broken assumed that I had not done any serious harm to myself. However, midway through the flight I realized I had and even though I was using an ice pack provided to me by the flight crew, my hand was still swelling. Upon landing I called my doctor and was able to get in to see her a few hours later – – a quick x-ray revealed the fracture.

I saw an Ortho and he said it was a "good” break as it was clean and there were no loose bone bits.  Rather than a cast, he put it in a splint for the next two weeks to let it heal.  I asked and he said that my recovery would be 100% and I should have no problem playing the guitar or typing.  The Doc’s only sage advice was to avoid flipping anyone the bird, until the finger had totally healed, since the motion would involve the muscle groups on either side of the break.

The Doc also mentioned that in the past two weeks he had dealt with 3 patients from Kuwait but had never treated anyone from there before in his life. Told him that maybe something was just going around. 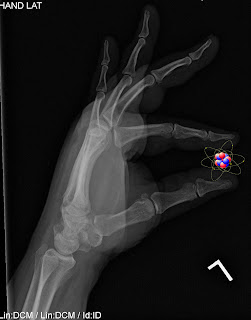 Anyway… as I stepped into the dressing room, I noticed that my attacker managed to escape both the shower curtain and the shemagh that had come untied.  He stood there soaking wet staring at me – he looked directly into my eyes but would take glances at the sword in my hand, trying to discern what my next action would be.  As I moved toward him and my body started to act and react based on both training and instinct, I wondered what would happen next.