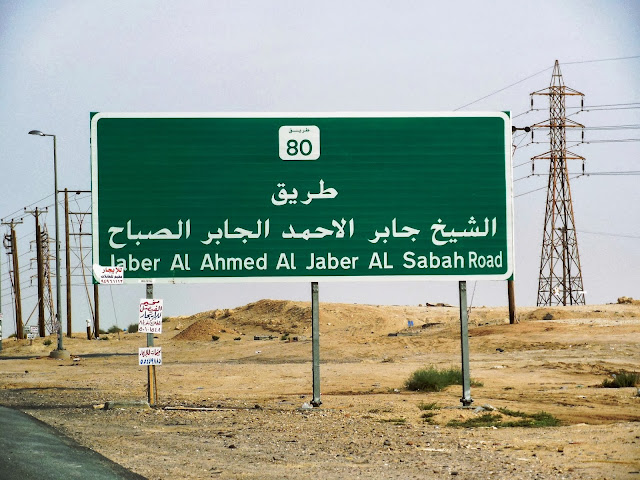 The official name of the road is Highway 80 and it runs from Kuwait City north to the Iraqi border. Because of the events of 26 & 27 February 1991 it became known as the Highway of Death.  The Highway was the main route for Iraqi forces when it invaded Kuwait and it became the main route of retreat once American and coalition forces began the liberation of Kuwait. Aerial pictures of the route showed hundreds of vehicles that were burned out, obviously strafed by aircraft, and otherwise destroyed – – hence the nick name.

The counts of vehicles destroyed ranged from hundreds to thousands. Based on the pictures from the site, the wreckage consisted of at least 28 tanks and other armored vehicles with many more stolen civilian cars and buses filled with looted Kuwaiti property.   An investigation after the war proved that many of the vehicles had been abandoned prior to their being destroyed.  Many of the occupants of the vehicles escaped into the desert before the bombing even started and were later captured.  Claims that tens of thousands of Iraqis were killed on the Highway does not agree with the fact that only 200-300 bodies were recovered.

This battle was lopsided as was evidenced by the eventual victory, but in war there are times when you are the favored, that does not mean you pull back -- it means you succeed while bleeding and dying less.  Propaganda claims that Americans attacked surrendering Iraqi's were never found have any basis. The American military does not do that - ever.  Once the aggression by the invading force ceased, so did American neutralization of the aggressors. 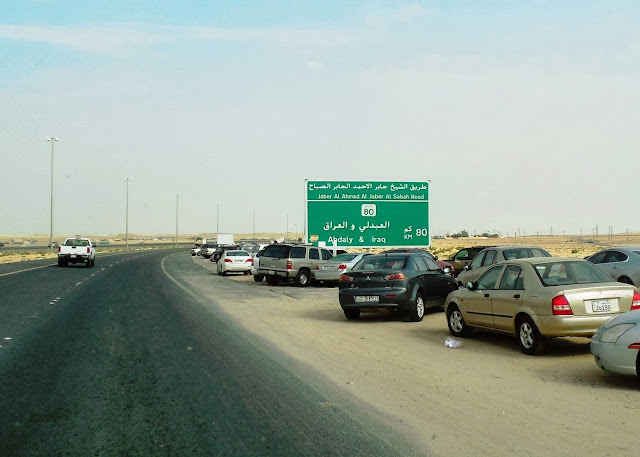 Since Veteran's Day found me still in Kuwait, I decided to make the trek along Highway 80 up to the Iraqi border. Once I got beyond the outskirts of Al Jahra, there was very little remarkable about the route which consisted  primarily of a few small pit stops and some oil drilling operations.  I did come across a Kuwaiti army base which had a large observation blimp tied to his mooring; I saw two other smaller Kuwaiti bases along the way whose primary function is probably guarding this route. 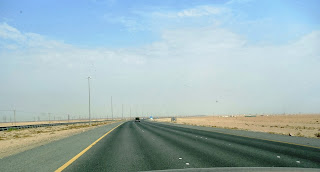 At no time did I ever see any traces of the vehicles that had been destroyed along the route, my guess is that enterprising bedouin had probably sold them for scrap over intervening decades. I did however see a small settlement that had obviously been destroyed by explosives (above, the two pictures on the bottom row). 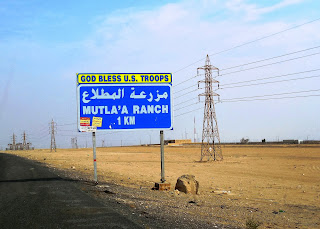 I was surprised when I came across this sign, it was one of several that pointed to this ranch all of which had the same message across the top. The road leading to the ranch was a sandy trail so I decided not to pursue it further rather than risking getting lost in the desert. I guess it was appropriate that I found this sign on Veterans Day – – it is nice to know that what we did here was appreciated.

Eventually, I came to the checkpoint at the end of the road which was also the entry point into Iraq. Rather than cruising right up to the checkpoint, I opted to be a bit more discreet and simply turned around and headed back. 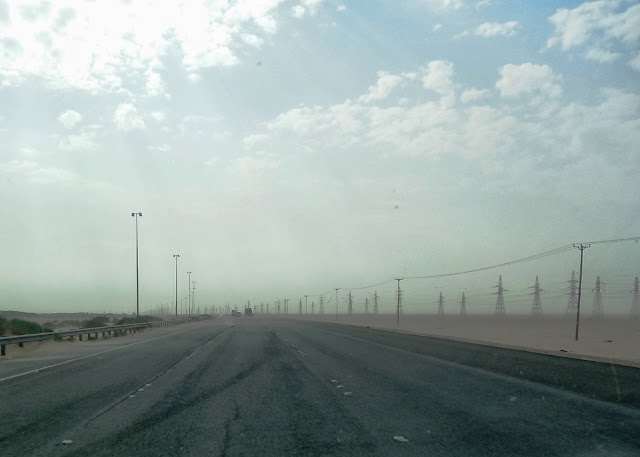