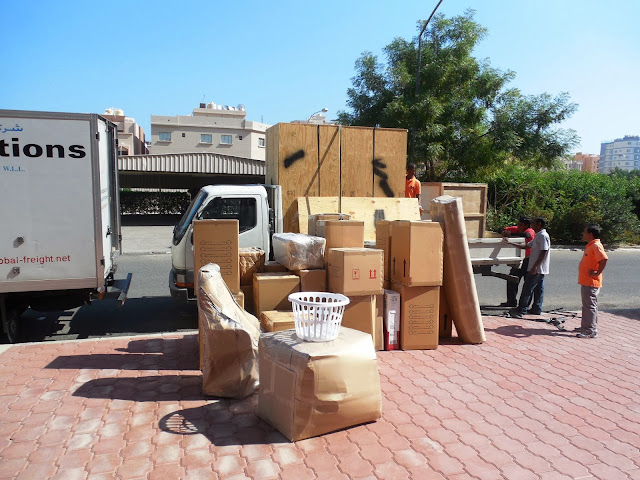 With only 14 days left I have reached that point when I needed to ship my stuff home.  I really didn't have a whole lot of stuff here because the government provided most of the furniture that I've been using during my tour. However, there were a few things that I picked up along the way as well as a few things that I brought with me to make my life a little more comfortable – – La-Z-Boy recliner – – never leave the United States without one.
At the end of the packing part of this exercise, comes what I refer to as the Tetris part of the day. All of the boxes that had been created are taken outside of the house and put in a stack next to a truck that has large wooden crates on it.  When we traveled from Germany we had an entire 40 foot tractor-trailer full of crates. This time, I have one and about a quarter. 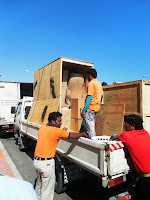 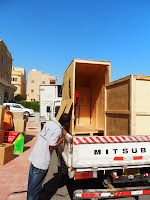 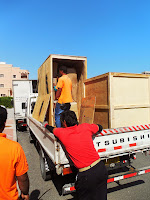 As you can tell from the pictures, the actual loading is done by one or two people with everyone else standing around lending advice on what box should go where inside the crate. As with any job that has a team working on it, there are more people providing advice than doing the actual labor.

Since most of my boxes were just square boxes, it was not as difficult as some of my prior moves when I had odd shaped furniture, grandfather clocks, and wall units. I think they did a much better job with a small box them with the big one – – but in the end both boxes were full and nailed shut. I will see them again in about three or four months when they complete their sea journey back home.

At this point, I am living out of a suitcase and a couple of cardboard boxes. Most of the comforts I chose to keep are the electronics that provide some entertainment as well as connectivity to family and friends. 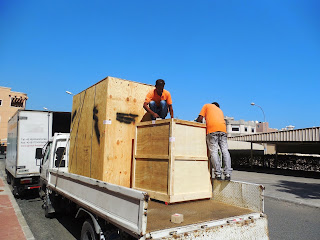 Just two weeks to go. I still have a few things on my Kuwaiti Bucket List, but at this point I'm not sure if I will get to finish any of them. One of the things that I did keep out was my dishadasha and gutra in case they are needed for some reason. I think even if I don't have a reason to put them on to complete a bucket list item, I may go out dressed in them one evening. There is a shisha bar (hookah) nearby that might be an appropriate place to spend a few hours one evening dressed as a local and people watching.

For the record, I am down to four items on my Kuwait Bucket List  and, as it would be expected, they are the most difficult to complete.

* See the inside of a real Kuwaiti home.