MacBeth - the Best Puppy Ever 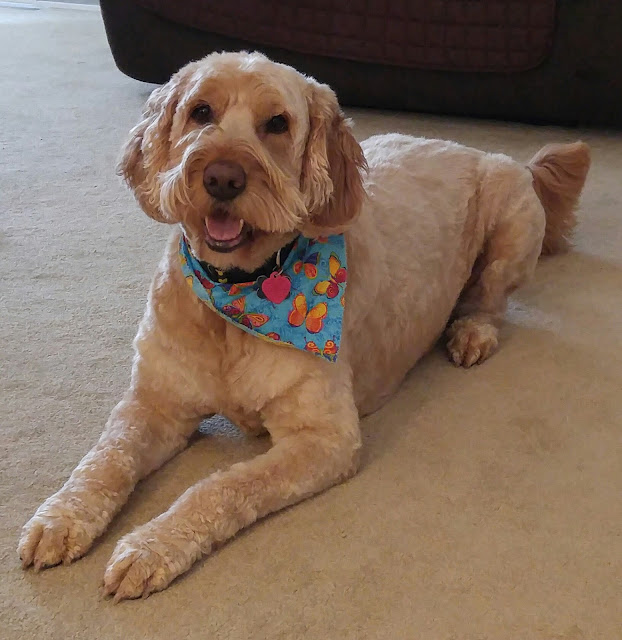 On the seventeenth of this month the best puppy in the world, MacBeth, was born. It was a month later when I met him for the first time. There’s lots of information on the web about how to pick the best puppy out of a litter, but the one thing MacBeth did from the very beginning was wrap his paws around your arm when you held him. Instant endearment. 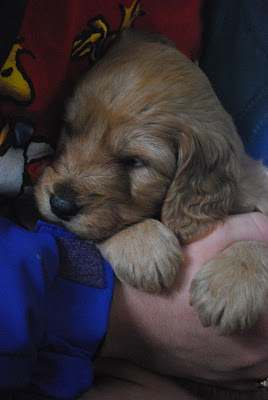 He quickly got bigger and was always eager to explore everything that was around him, from the lake to the snow. He also loves to travel, particularly when I take him to places where dogs don’t normally get to go like the Hard Rock Cafe in Gatlinburg. Once he completed his Canine Good Citizen class, I used that to get permission for him to stay in a rather well-known chain of hotels that rarely allows dogs. The CEO was nice enough to provide me with a letter granting him admission. There’s a certain amount of stuff you can get away with in life if you are well behaved and cute. He is both. 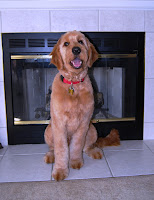 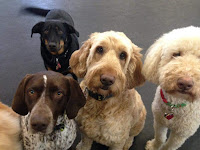 I can only remember two negative instances in his life. One was when he dug up a bush in the front yard. Before I discovered that, he ran into the house excitedly with mud covered paws to brag about what he had done while covering a tan colored carpet in mud as he went. The other was when I let them eat several garlic bread sticks before I ran out of the store. Luckily, we were keeping him in his crate when we went out as part of house breaking. I will leave the details to your imagination, but suffice it both he and the inside of the crate were coated. When I first saw him, the look on his face was so pitiful.

I worried during my time in Kuwait that he might forget or lose some of his attachment to me. But when I came home, I went to public school to pick him up, and as soon as he saw me, he leaped over the half door that separated the puppy area from the lobby and nuzzled me excitedly. He didn’t forget. But that kind of welcome is something that I’ve gotten used to because that is how he greets me every time I walk into the house. If I am going anywhere, he also always expects to go along. I can’t say I discourage it, he is splendid company.

As he has gotten older, a lot of health issues have not plagued him, except for one that was genetic. He has slowly gone blind. I realized it when he had issues in dim light and then they asked me to no longer bring him to doggy daycare because it simply wasn’t safe for him. Later, we were going outside to play fetch, and he took off running and ran full force into a large tree in the front yard. He made a sound that terrified me. I took him to the University veterinary hospital but gladly he was okay. Later, I took him to a veterinarian ophthalmologist who told me there was nothing that could be done for his eyesight. It was a sad reality.

The ophthalmologist spent a lot of time telling me he was healthy and happy other than his sight issue. It wasn’t until I was going home that I realized the point the doctor was trying to make was there was no need for him to be put down simply over being blind. That thought never entered my mind, but I guess many people see it is the only alternative. I really don’t understand why.

I still play fetch every day with MacBeth. We go into the backyard, which has trees only along the edge, and after I throw the ball, I tell him which way to go in order to find it. He’s a smart dog and figured it out right away. I’ve also added a motion sensitive light to the location where his food bowl is so that if he gets near it, a light comes on that helps guide him the rest of the way. It works, but he never really had a problem finding food.

As I write this, MacBeth is laying on the floor near me snoozing. He may think because he is laying in front of the door he's guarding me. Let him think what he wants; I appreciate the company while I write.  By the way, did I mention he goes out at night and fights crime?

I can only wish that everyone who adds a dog to their family gets as lucky.

In his heart and mine, he'll forever be a playful and loving puppy. 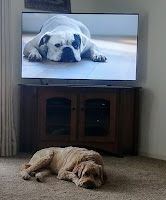 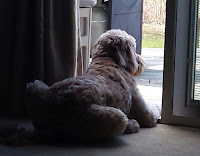 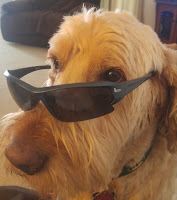 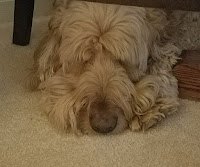 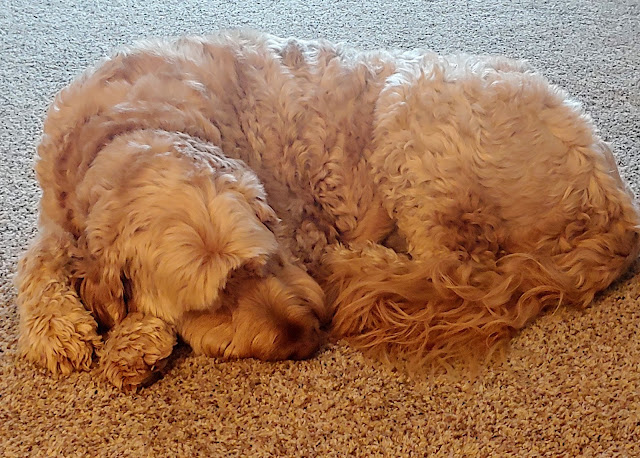 Shut Up and Let The Dog Drive

It Is Nice To Be Missed, But It Is Even Nicer To Be Loved

I Got a Fever, and the Only Prescription...Is More Cowbell!!

Still Too Damn Cold To Hit It On Two Wheels

Best of the Blog – The Deep South

Kinda Like Running Into a Burning Building -- Well, Someone Has To

Did You Hear the One About the Welshman, the Brit and the Yank?